WHITESWAN ENVIRONMENTAL
Board Members
WE - PRESIDENT 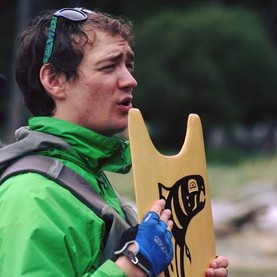 ​Sam Barr, a tribal member of the Samish Indian Nation, serves as the WE President.  Sam has been skippering Coast Salish canoes on the Salish Sea for the past 6 years for the Samish Canoe Family and the Stillaguamish Canoe Family. He has been a GIS Analyst/Natural Resources Technician for the Samish Indian Nation Department of Natural Resources; and a Deputy Tribal Historic Preservation Officer for the Stillaguamish Tribe. He also serves as the Chair of the Samish Language Committee. Sam has a BA in Environmental Science and Resource Management from the University of Washington, and grew up on Lopez Island. He has a passion for learning about traditional ecological knowledge while connecting it to traditional language and exploring the beauty of Coast Salish culture.
WE - VICE PRESIDENT 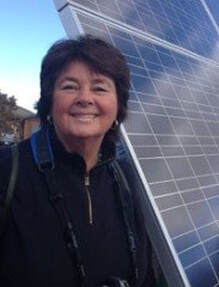 Nancy C. Maryboy is the WE Vice President and Founder of the Indigenous Education Institute whose mission is preserving, protecting, and applying indigenous knowledge.   She invited WE to present at her Indigenous Worldviews for Informal Science Conferences held in New Mexico and Washington DC  at the National Museum of Natural History.  WE are forever grateful to Nancy for her amazing mentorship.
​
Nancy has been PI for groundbreaking NSF projects such as “Cosmic Serpent: Bridging Native Ways of Knowing with Western Science” (building a community of practice with 110 science centers and tribal museums), “Native Universe: Indigenous Voices in Science Museums,” which resulted in the innovative programming and exhibit “Roots of Wisdom,” led by Oregon Museum of Science and Industry in collaboration with the tribal museums such as the Tamastslikt Cultural Institute and Tulalip Tribes Hibulb Cultural Center. Her work in building collaboration with integrity partnerships between indigenous communities and science centers has been unparalleled and her gracious inclusiveness has helped to build long-lasting partnerships among museum personnel and local tribes. The innovative NSF-funded IWISE (Indigenous Worldviews in Informal Science Education) culminated in DC this summer, a summit of Indigenous scholars, traditional knowledge holders,native advocates for transformational change and a focus on the perspectives of native youth, presenting directly to federal policy makers and fundraisers. Maryboy also works closely with NASA Goddard Space Flight Center and JPL on many projects, including the newly released “See the Skies Through Navajo Eyes,” a full dome planetarium show. The work of Dr. Maryboy and her colleagues has opened a portal for collaborative science programming with traditional indigenous wisdom, which is invaluable for addressing environmental concerns of the present and future. Her pioneering work will leave a legacy for generations. 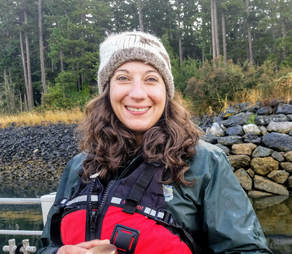 Erin Licata, serves as the WE Treasurer. She is also currently employed by the San Juan Islands Conservation District managing the local Islands Youth Conservation Corps.  Erin received her Bachelor of Science degree in Environmental Science from Huxley College at Western Washington University. Erin has a strong background in traditional ecological knowledge, environmental research, monitoring and restoration throughout Western Washington.  She has deep connections with the San Juan Islands and its community and believes that the health of our people is directly dependent on the health of our environment. She envisions a community and a world in which human beings co-exist peacefully with each other and responsibly with nature by empowering our next generations in inter-tribal cultural restoration, resource management, conservation and stewardship. 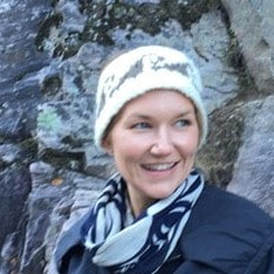 Natasha Hart Frey serves as the WE Secretary and MEd, Principal of the Setting Sun Institute.  Natasha specializes in project management and writing.

Natasha has been supportive of the work of WE since the initiation in 2014.  She worked as  a volunteer science fellow to assist WE with curriculum development based on the Bureau of Land Management guidelines.  WE hoped to establish a initial model of curricula to align with the emerging Senate Bill 5433 in which common schools are to be taught tribal history, culture and government issues.  She observed our work  during the Spirit of the Sxwo'le Coast Salish Mini University and developed a beautiful guideline that can be used for all Coast Salish People as they remember who they are and where they come from in our shared ancestral homelands of the San Juan Islands.